New hardwood floors flow from the main entry and a central hallway to the home's main living area, bathed in light from every angle, and open to the kitchen via bar seating. The kitchen offers granite countertops, a gas range, a Bosch dishwasher, and a breakfast bar great for sharing coffee or wine with guests. Both bedrooms are well-sized with excellent closet space, and the primary bedroom features en-suite access to the common full bath. In-unit laundry, premium window treatments, and 1-car garage parking pre-wired for an EV charger are also included.

Arterra is a modern luxury high-rise condominium community consisting of three towers including a 16-story high-rise, a 9-story mid-rise, and a 6-story low-rise comprising 269 units of housing, a gym, a community room, a guest suite, and a parking space for use with the Zipcar program. Designed to become San Francisco’s first LEED-certified green high-rise community. This has been achieved through the creation of resource-efficient systems and use of recycled and sustainable materials. The storm water filtration system utilizes a Continuous Deflective Separation (CDS) unit to further mitigate the impact of the site on San Francisco’s sewage system. Other green attributes at Arterra include an exterior facade featuring durable panels made from recycled content; elevator lobbies on each floor with cork flooring; Energy Star-rated appliances; grasses and other plants on the roof to reduce rainwater flow and as insulation; energy-efficient lighting; large low-E energy-efficient insulated windows; dual-flush toilets and other water saving features; and a high-efficiency water heater.

The Residence
The Neighborhood
Close

The Residence
The Neighborhood 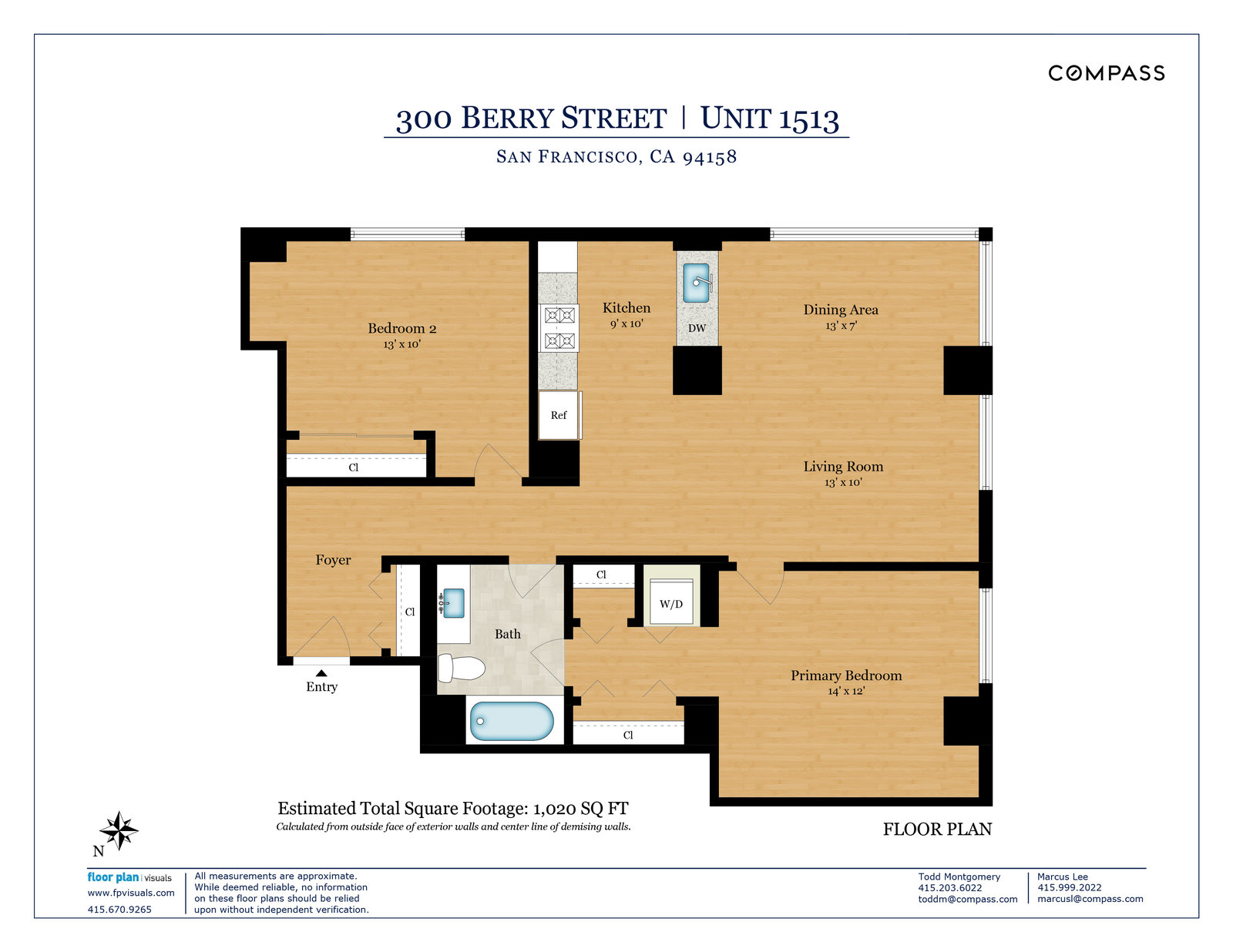 Though Mission Bay is San Francisco’s youngest neighborhood, it exudes all the character of a well-established community. The location is unquestionably desirable, with a long stretch of waterfront and South Beach, South of Market, Potrero Hill, and the Dogpatch arrayed around its inland borders. It is also directly adjacent to the 4th and King Caltrain stop for an easy means of travelling down the peninsula, as well as access to three MUNI streetcar lines, one of which runs the neighborhood’s length. Since the Mission Bay master plan was first laid out, it has found two very significant additions, with a campus of the University of California San Francisco and the Chase Center, home of the Golden State Warriors NBA team, both constructed within its limits. The energy of professional sports also infuses the neighborhood during the summer months, when the San Francisco Giants play at Oracle Park, just across Mission Creek.

The typical Mission Bay dwelling is a luxury condominium, and the neighborhood has benefitted from innovative architects willing to advance stunning new forms for these mid- and high-rise structures. At the same time, a quirky and compelling Bay-Area lifestyle endures in the neat line of houseboats along Mission Creek. Thoughtful urban planning has ensured that these homes, old and new, are surrounded with green spaces, such as Agua Vista Park, Bay Front Park, and the Mission Bay Kids Park, a neighborhood hub showcasing features in natural materials, some of which are arrestingly sculptural. Adding to the role of the outdoors in everyday life, UCSF also hosts a weekly farmer’s market. Those who like to bike, jog, and stroll will appreciate the proximity to the miles-long waterfront promenade of the Embarcadero, as well as the Victorian- and Edwardian-lined streets of Potrero Hill. From its professional sports teams to its waterfront, public transit, and location on the edge of downtown, Mission Bay has quickly won a place in San Francisco’s heart.